The Cessna 150 is a two-seat tricycle gear general aviation airplane that was designed for flight training, touring and personal use. It is the fifth most produced civilian plane ever, with 23,839 aircraft produced. The Cessna 150 was offered for sale in the 150-basic model, Commuter, Commuter II, Patroller and the aerobatic Aerobat models. The aircraft is popular with flying schools as well as private individuals.

Development of the Model 150 began in the mid-1950s with the decision by Cessna Aircraft to produce a successor to the popular Cessna 140 which finished production in 1951. The main changes in the 150 design were the use of tricycle landing gear, which is easier to learn to use than the tailwheel landing gear of the Cessna 140, and replacing the rounded wingtips and horizontal and vertical stabilizers with more modern, squared-off profiles. In addition, the narrow, hinged wing flaps of the 140 were replaced by larger, far more effective Fowler flaps.

The Cessna 150 prototype first flew on September 12, 1957, with production commencing in September 1958 at Cessna’s Wichita, Kansas plant. 1,764 aircraft were also produced by Reims Aviation under license in France. These French manufactured 150s were designated Reims F-150, the “F” indicating they were built in France.

All models from 1966 onwards have larger doors and increased baggage space. With the 1967 Model 150G the doors were bowed outwards 1.5 inches (38 mm) on each side to provide more cabin elbow room.

Flight characteristics
The Cessna 150 is simple, robust, and easy to fly. For these reasons it has become one of the world’s most popular basic trainers. Cockpit visibility is generally good other than directly above the aircraft, where the view is blocked by the wing. This obstruction is of particular concern when, as is the case with most high-wing aircraft, the inside-turn wing blocks vision in the direction of a turn. As a partial remedy to this some 150s, including all Aerobats, feature a pair of overhead skylights.
Due to its light weight and light wing loading (10 lb/sq ft), the aircraft is sensitive to turbulence. Power-on and power-off stalls are easily controlled. Normal spin recovery techniques are highly effective. 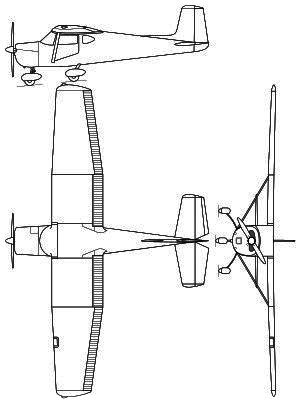 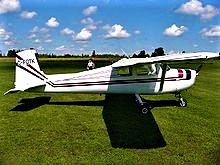 150A–The 1961 model incorporated enough changes to justify a suffix letter and thus was designated the “150A”. The “A” had its main landing gear moved aft by two inches to eliminate the problem of the aircraft ending up on its tail while loading people and baggage and also to improve nosewheel steering authority. The “A” also had 15% larger rear side windows and new adjustable seats. 344 were constructed.

150D--The 1964 “D” model brought the first dramatic change to the 150 – the introduction of a rear window under the marketing name Omni-Vision. The rear window changed the look of the 150 and cost 3 mph (4.8 km/h) in cruise speed. It also resulted in a larger baggage compartment and a greater structural weight allowance for baggage from 80 to 120 lb (54 kg). The unswept tailfin from previous years was retained for another two years. Elevator and rudder mass balances were increased to reduce flutter potential caused by the less aerodynamic rear fuselage. The gross weight of the aircraft was also increased in 1964 to 1,600 lb (730 kg), where it would stay until the advent of the Cessna 152. 804 150Ds were built. Many people find the new cabin more “airy” and pleasant, due to the increased light.

150F–The 1966 model saw great changes to the 150 design. The tailfin was swept back 35 degrees to match the styling of the Cessna 172 and other models. The cabin doors were made 23% wider, new brakes were brought in and the 6.00 × 6 tires were made standard. The previously manual flaps were now electrically actuated through a panel-mounted flap switch. The old electric stall warning system was replaced with a pneumatic-type. The baggage compartment was enlarged by 50%. A total of 3087 of the newly styled “F” models were produced.1966 was also the first production of French Reims-built F-150s, with 67 built as the F150F. 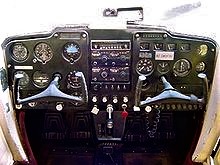 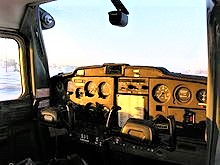 150G–In the 1967 model, the instrument panel was redesigned. The doors were “bowed” out to give three more inches of shoulder and hip room which was needed in the small cabin. The “G” model also saw a new short-stroke nose oleo introduced to reduce the drag created by the nosewheel assembly. The previously fitted generator was replaced by a 60-ampere alternator, reflecting the increasing avionics that the planes were being fitted with. The “G” model was also the first Cessna 150 variant certified for floats. A total of 2114 “G” models were built, plus 152 built by Reims as F150G.

150H—The 1968 model 150 was designated the “H”. It introduced a new-style centre console, designed to improve legroom. A new electric flap switch was also fitted that allowed “hands-off” retraction of the flaps, but not extension. 2007 150Hs were built in Wichita, with 170 built by Reims as the F150H.

150J–The 150J, in 1969, brought a new key-operated starter that replaced the old “pull-style” starter. The new starter was more “car-like” but not as reliable as the old one and also more expensive to repair. An auxiliary power plug was also made available as an option in 1969, along with “rocker” style electrical switches. 1714 “J” models were built, plus 140 built by Reims as the F150J.

150K—1970 was the year that Cessna introduced the A150K Aerobat, a Cessna 150K with limited aerobatic capabilities. It retained the 100 horsepower (75 kW) Continental O-200 all 150s used, but differed from the baseline 150K in having more structural strength, being rated +6/-3 g. Other “aerobatic” features included four-point harnesses for both occupants, dual overhead skylights for upward visibility (which, while standard on the Cessna 140, had not been part of the 150 design) jettisonable doors, a sportier checkerboard paint scheme and removable seat cushions so that parachutes could be worn. 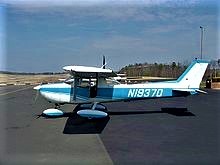 150L–The 150L had the longest production run of any 150 sub-model, being produced 1971–74. New in 1971 were tubular landing gear legs with a 16% greater width (6 feet 6 inches (1.98 m) to 7 feet 7 inches (2.31 m) for better ground handling. These replaced the previous flat steel leaf spring gear. Also in 1971, the landing and taxi lights were moved from the wing leading edge to the nose bowl to better illuminate the ground. They were an improvement, but bulb life was reduced due to the heat and vibration of that location. They were moved back to the wing on the 1984 model Cessna 152. The “L” also introduced a longer dorsal strake that reached to the rear window. This was done more for styling than for aerodynamics and the empty weight accordingly went up 10 lb (4.5 kg) over the “K”. 879 were built in 1971. 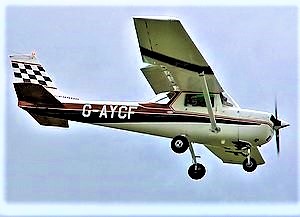 150M–The final Cessna 150 model was the 150M. It introduced the “Commuter II” upgrade package that included many optional avionics and trim items as standard. The “M” also brought an increased fin height, by 6 inches (150 mm). This increased the rudder and fin area by 15% to improve crosswind handling. The “M” was produced for three years: 1975–77. Inertia-reel restraints became available as an option with the 1975 model year. 1269 1975 model 150Ms were built. In 1976 the “M” gained a suite of electrical circuit breakers to replace the previous fuses used. It was also fitted with a fully articulated pilot seat as standard equipment (this seat had been optional on some earlier models). 1399 were built.

The 1977 model year was the last for the Cessna 150. It added only pre-select flaps, allowing the pilot to set the flaps to any position without the pilot having to hold the switch during flap travel, enabling the pilot to concentrate on other flying duties. Only 427 1977 model 150Ms were built as production shifted to the improved Cessna 152 in the early part of 1977. The many refinements incorporated into the 150 over the years had cost the aircraft a lot of useful load. The very first 150 weighed 962 lb (436 kg) empty, whereas the last M Commuter II had an empty weight of 1,129 lb (512 kg). This increase in empty weight of 167 lb (76 kg) was offset only by a gross weight increase of 100 lb (45 kg) in 1964.

Modifications available
There are hundreds of modifications available for the Cessna 150. Some of the most frequently installed include:
Vortex generators and STOL kits that reduce the stall speed of the plane.
Flap gap seals to reduce drag and increase rate of climb.
Different wing tips, some of which claim various cruise speed increases and stall speed reductions.
Auto fuel STCs, which permit the use of automobile fuel instead of the more expensive aviation fuel.
Larger engines, up to 180 horsepower (130 kW).
Taildragger landing gear.
Auxiliary fuel tanks for larger capacity.
Door catches to replace the factory ones that often fail in service.
Belly fuel drain valves to drain fuel from the lowest point in the fuel system. 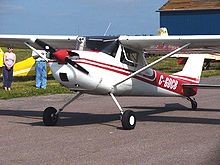 A significant number of Cessna 150s have been converted to taildragger configuration using STC kits. This example is a Cessna 150F. 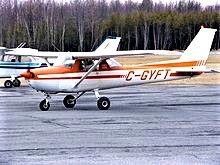 By courtesy of Wikipedia.org