17/12: Orville and Wilbur Wright changed the course of history by completing the first sustained powered flight.

17/12: The prototype of the Douglas C-47 (DC-3) “Skytrain/Dakota” was first flown. It has proven to be one of the most enduring aircraft of all time. 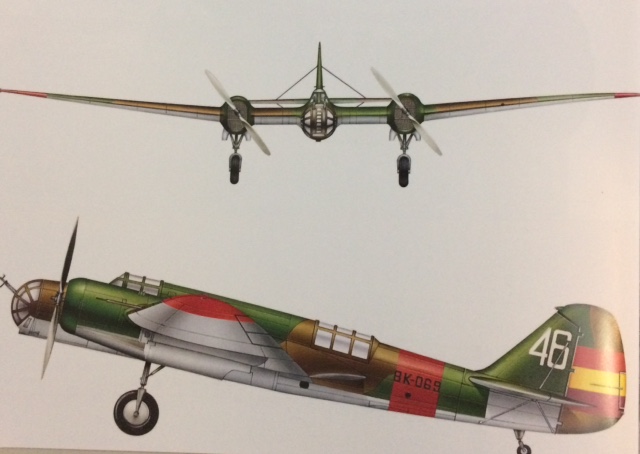 26/4: Basque town of Guernica destroyed by German He 111s and Ju 52s during Spanish Civil War. First time in history that aircraft are intentionally used against civilian targets.

6/4: First fighter plane to carry a cannon- the P39 Airacobra is tested. 37 mm cannon is located on fuselage centre line, barrel projects through the reduction gearbox and propeller hub.

28/9: Munich Pact signed by representatives of France, Great Britain, Italy and Germany to solve the Sudeten problem (control goes to Germany). “Munich” becomes the symbol of humiliating appeasement of Hitler. 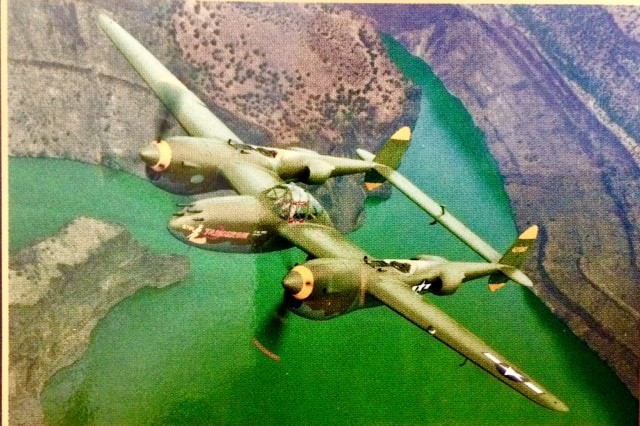 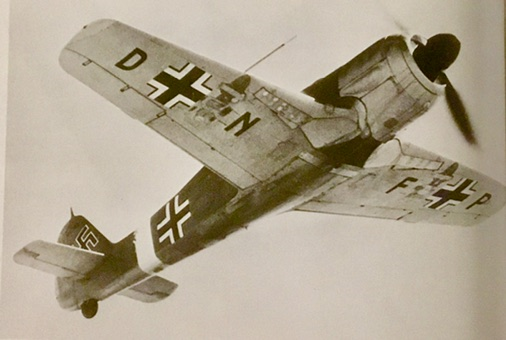 30/6: First flight of Heinkel He 176, the first all rocket powered air raft. Rocket power lasted less than a minute and the machine barely got off the ground. German Air Ministry technical chief Ernest Udet exclaims “That’s no airplane . . . I forbid any more flights”. So the He 176 is crated and sent off to Berlin Air Museum.

31/8: Hitler signs the order for assault on Poland (earlier, Germans had staged a phony raid on their own radio station at Gleiwitz, then accused Poland of “unprovoked attack”).

4/9: Japan declares her neutrality in European war–devotes her efforts to own war in China.

14/11: Soviet Union expelled from League of Nations following its aggression against Finland.

2/12: The 1940 Winter Olympic Games scheduled to be held in Finland are cancelled.

19/3: First bombs dropped on German soil. Seaplane base at Hornum is attacked by RAF Armstrong Whitworth Whitley and Hampden bombers.

10/5: First flight of Luftwaffe’s Arado twin-engined Ar240V-1. Designed for use as fighter, bomber and reconnaissance.

13/6: Churchill declares to House of Commons “I have nothing to offer but blood and toil and tears and sweat.” 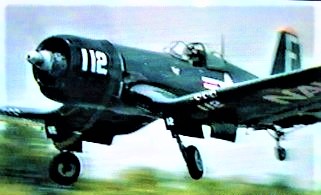 10/6: Italy joins WWII as an ally of Germany- declares herself at war against the Allies as of June 11. Great Britain, France, Australia, Canada, New Zealand, India and South Africa declare war on Italy.

5/7: Vichy France breaks diplomatic relations with Britain because of their attacks on French Fleet.

14/7: “Bastille Day” in France is observed as a day of national mourning.

11/8: Eve of German air offensive on England-British have available 704 operational fighters-Germany has total of 2,669 aircraft. 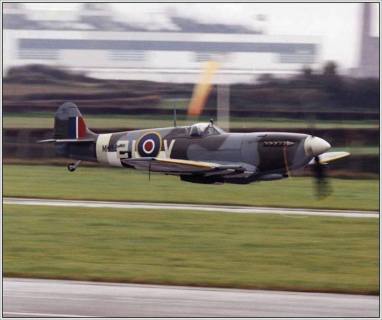 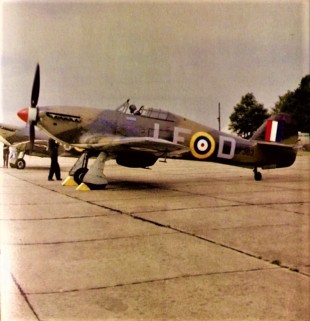 13/8: “Battle of Britain” begins – first day known as as “Day of the Eagle.” Germans quickly learn that Stuka dive bombers- with their slow speed and low ceiling-are no match for RAF Spitfire fighters. 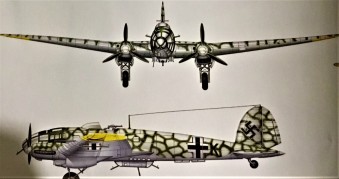 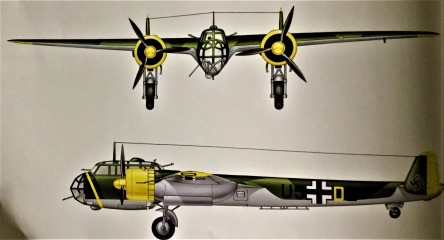 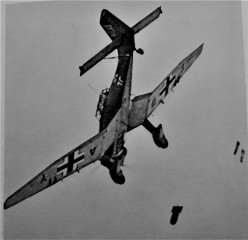 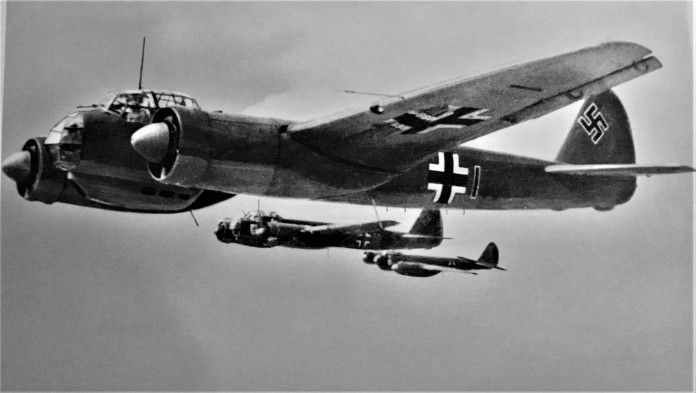 27/9: Tripartite Pact between Germany, Italy and Japan signed in Berlin. Recognizes their “right” to establish a “new order” in Europe and Asia.

25/11: First flight of deHavilland “Mosquito” fighter prototype. Intended as a night-fighter, the aircraft was used for almost every conceivable mission including high and low-level bomber, minelayer, photo-recon, and high speed transport for dropping agents behind German lines. 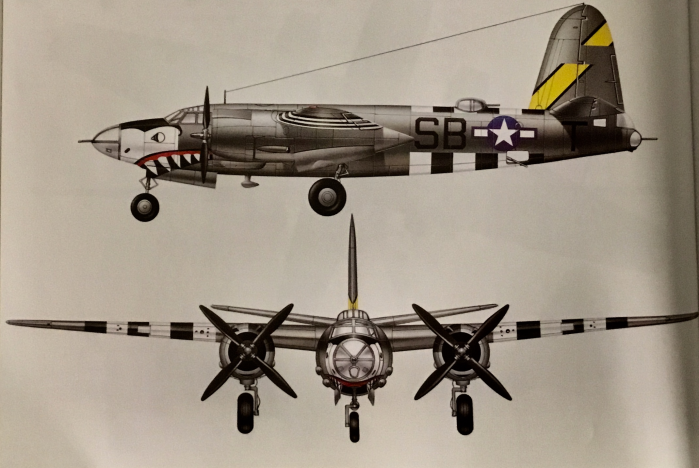 25/11: First flight of Martin B-26 “Marauder” medium bomber. First of 1,000 ordered “right off the drawing board”-no prototypes were built first.

29/12: “The Second Great Fire of London”-The German Luftwaffe firebombs London in one of the most destructive air raids of the London Blitz. The unimaginable destruction covered the largest continuous area in Britain.

10/1: First action by German aircraft in the Mediterranean. Ju-87 and Ju-88 bombers are part of 10th Fliegerkorps stationed in Sicily.

16/1: Start of the “Illustrious Blitz” as German aircraft attempt to bomb the island of Malta into rubble.

21/3: “The 99th Pursuit Squadron”, the first all-black unit of US Army Air Corps is activated.

2/4: RAF drops 75,000 tea bags over Dutch towns. Each one is printed with words, “Holland will arise. Keep your courage up.”

27/5: During first and last mission in the north Atlantic dreaded German battleship Bismarck is hunted down and sunk by British battleships and carrier launched “Swordfish” torpedo bombers. Of 2,400 crews only 110 survive.

22/6: Germans invade Soviet Union without declaring war. “Operation Barbarossa” is an overwhelming success as German air and ground forces take Russians by complete surprise. Soviets immediately call up 15 million men—Winston Churchill declares that, “Any state who fights Nazism will have our aid.”

8/7: Germany and Italy announce the end of the Yugoslav nation.

2/8: American aid begins to flow to the USSR.

16/10: Day of the “Bolshoi Trap”- Germans are at the gates of Moscow. Amid panic and
looting residents flee city

19/10: Stalin remains in Moscow – proclaims a state of siege, declares city “will be defended to the last.”

31/10: US destroyer Reuben James torpedoed by U-Boat in waters off Iceland – becomes first US naval vessel sunk by enemy action in WWII. 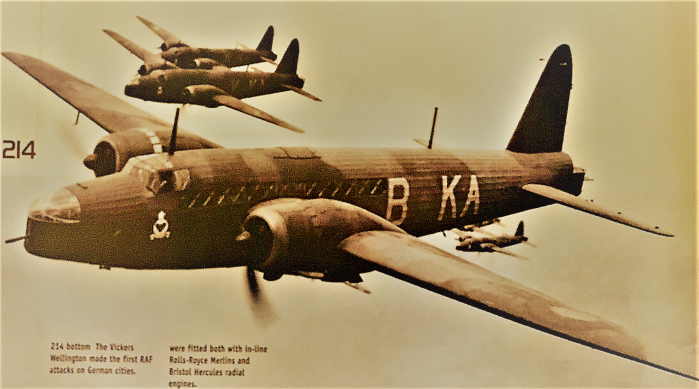 4/12: German offensive on Eastern Front rapidly losing its strength due to lack of equipment and terrible winter conditions. In the 30-degree below zero weather, tanks will not start, guns will not fire. German troops are freezing—no winter clothing issued.

5/12: Several Consolidated B-24 “Liberator” bombers arrive in Hawaii to undertake photo-reconnaissance of Japanese military installations in the Marshall and Caroline Islands.

7/12: At 7.55 am on the “Day of Infamy” the backbone of the American Pacific Fleet is broken. Without declaration of war, Japanese aircraft from Admiral Isoruku Yamamoto’s carrier task force successfully carry out surprise attack on strategic air and naval base at Pearl Harbour, Hawaii.

9/12: First American bombing mission in the Orient—Boeing B-17s “Fortress” bombers of the 19th Bombardment Group attack Japanese ships off the east coast of Vigan, Luzon in the Philippine Islands.

10/12: British ships the Prince of Wales and the Repulse are sunk by Japanese bombers and torpedo aircraft near Malaya.

22/12: Nine B-17s of the 19th Bomb group USAAF take off from Batchelor Field in Australia’s Northern Territory to bomb Davao in the Philippines.