The ATR 42 is a twin-turboprop, short-haul regional airliner built in France and Italy by ATR (Aerei da Trasporto Regionale or Avions de transport régional). ATR models have their final assembly in Toulouse, and share resources and technology with Airbus. The name “42” comes from the aircraft’s standard seating, which varies from 40 to 52. The aircraft serves as the basis for the larger ATR 72.

The ATR 42–300 was announced in 1981, making its maiden flight on 16 August 1984; French and Italian certification followed in September 1985 and its first revenue flight was in December with Air Littoral of France.This initial version of the ATR 42 was in production until 1996. The next upgrade for the product was the ATR 42-320 (also produced until 1996); this variant differed in that it was equipped with the more-powerful PW-121 engines for improved performance. The ATR 42-300QC is a quick-change (convertible) freight/passenger version of the standard −300 series.

The next production version is the −500 series. It was an upgraded aircraft with new PW127 engines, new six blade propellers, improved hot and high performance, increased weight capacity and an improved passenger cabin. The 50-seat ATR 42–500 was first certificated in July 1995.

The current production version is the -600 series. Announced in 2007 with deliveries starting in 2012, it is similar to the -500 but features PW127M engines, a new glass cockpit, and a variety of other minor improvements. As of December 2014, 436 ATR 42 aircraft had been delivered worldwide.

Variants: There are six major variants of the ATR 42.

5. ATR 42–500: The ATR 42-500 is the current production version with the first delivery in October 1995. It has many improvements for performance and passenger comfort including new engines, new propellers, a newly designed cabin, and increased weight. It has six-bladed propellers powered by PW127E engines rated at 2,400 shp (1,800 kW) for improved hot and high performance and increased cruise speed. The engines are flat rated for +45C. Propellers are electrically controlled and are made from composite. It has an increased maximum takeoff weight, allowing for more cargo and greater range. Due to the six-bladed propellers and better insulation, it has reduced noise levels. The newest version have CATII capability and dual Honeywell HT1000 FMS installation. 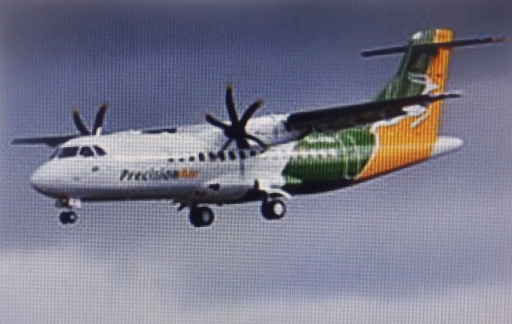 The ATR-42 “Surveyor” is a maritime patrol version of the −400, VIP transport and in-flight inspection versions of the −500 also exist.

Accidents and incidents: There have been a total of 32 hull losses of ATR 42s, as of December 2016. 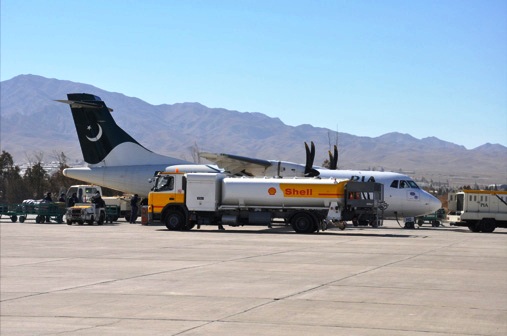 On 7 December 2016, PIA Flight 661 ATR 42-500 with registration AP-BHO crashed in Havelian, in Pakistan’s Khyber Pakhtunkhawa province killing all 48 on board.