Time is always recorded in GMT/UTC 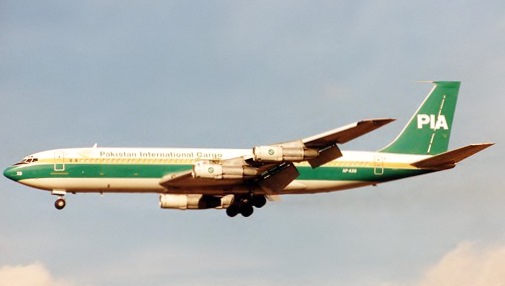 Soon after I got my command on the B707/720B aircraft, I was confronted by a maintenance problem which in hindsight makes me uncomfortable even now. I was given a B720 out of a maintenance check that morning for a scheduled flight to Colombo, Sri-Lanka and back. We took off from Karachi and during climb out, as we headed for the Indian airspace, I ascertained that one set of spoilers was not responding correctly to the roll input provided by me. Since the outboard ailerons on both sides of the wing are locked out when the flaps are up, the spoilers, inboard and outboard assist in turning the aircraft*. The inboard spoilers were not functioning in coordination with the turn input and the inboard aileron. So I simply deactivated them with the “inboard off” switch, and continued to Colombo, of course with the flight engineer’s knowledge.

Reflecting on this action makes me wonder whether I was right in pressing on. The aircraft presented no problem during flight after the deactivation of the inboard spoilers, but if an emergency descent had been required,** both set of spoilers would have been needed to make the 4 minutes target, to descend to 14000 feet from cruise level. Also I had to be careful on the landing, since there was the tendency of the nose to pitch down on landing in this condition.

There was no maintenance at Colombo for the problem and a dilemma presented itself.

Why didn’t I turn back initially out of Karachi?

I had to bring the aircraft back with the problem by keeping that switch deactivated, and with the unwelcome knowledge of my action.

* All aircraft turn by the help of ailerons which are the cut away you see on the trailing edge (rear) of the wing. In the B707/720 series of aircraft, there are two sets of ailerons on each wing, the inboard and the outboard. As the flaps go up in stages after takeoff (30 and 20 degrees in B720), the outboard ailerons are locked out, meaning that they do not function anymore. The aircraft now turns by the inboard ailerons and the rolling motion is assisted by the spoilers, inboard and outboard. So, for a right turn, the right inboard aileron will go slightly up (less lift), the right inboard and outboard spoilers will also go up, to spoil the lift on the right wing. The opposite happens on the left wing where the lift increases enabling the wing to rise. As the left wing rises up, the horizontal component of the total lift of the wing enables the turning moment through centripetal force.

The rudder plays no part in the turning process, except to balance the turn by preventing skidding or slipping in the air depending on the angle of bank for the speed. If the speed is high for the bank angle, the aircraft will skid out and the yaw damper in the rudder will automatically correct the yawing motion and vice versa.

An aircraft slips in a turn if the bank angle is greater for the airspeed it is flying at, and skids if the angle of bank is less for the airspeed. The yaw damper, a servo motor deflects the rudder trim tab to dampen skidding and slipping and thus provides greater stability in turns for high speed aircraft. Yawing motion is left and right of the vertical axis.

The same spoilers, after landing, rise up to spoil the lift on the wing, since we are on the ground. Closer towards the wing root are the flaps on the trailing edge (rear) of the wing. They are used for slow speed flight. Also on the leading edge of the wing (in front) are the leading edge flaps which also assist in lift when the speed is not that much to generate it. The idea is to increase the camber of the wing (curvature, through flaps and leading edge devices) at slow speeds so that lift continues to be generated.

** Target for emergency descent with landing gear extended and full spoilers deployed from cruising altitude to 14,000 feet is 4 minutes as aircraft has depressurized and oxygen is not unrestricted.